October 10, 2017– Vancouver, BC – Japan Gold Corp. (TSX-V: JG) (OTCQB: JGLDF) (“Japan Gold” or the “Company”) is pleased to announce that it has expanded its epithermal gold exploration portfolio in Japan with the addition of two new projects in the highly prospective Southern Kyushu Epithermal Gold Province. The Tobaru, and Ohra-Takamine Projects cover alteration zones and historic gold-silver mines in a prospective and relatively underexplored part of the province.

The two projects comprising nine applications (3,028 hectares collectively), have been accepted by the Ministry of Economy, Trade and Industry (“METI”). The Company now holds priority over these areas and is now authorized to commence surface exploration on these projects. With the addition of these new projects, the Company’s portfolio now comprises 69,505 hectares over 17 separate projects on the three main islands of Japan.

The Tobaru and Ohra-Takamine projects are located within the highly gold endowed Hokusatsu-Kushikino mining district, in the northern part of the Southern Kyushu Epithermal Gold Province. In excess of 10 million ounces of gold has been produced from high-grade epithermal deposits of the district, refer to Figure 1 which shows the northern portion of the district, project locations and significant mines. Notable producers within the district include: the Hishikari mine with 7.1 million ounces produced to date at average grades of 30-40 g/t1; Kushikino mine, 1.8 million ounces at 6.7 g/t; Yamagano mine, 910,000 ounces at 17.4 g/t; and the Ohkuchi mine with 714,000 ounces at 13.6 g/t2,3.

The district is underlain by Miocene-Pliocene age volcano-sedimentary rocks and Cretaceous to Paleogene sedimentary basement rocks2.

The Tobaru Project is located in the northern most part of the Hokusatsu-Kushikino mining district and comprises four applications for a total of 1,347 hectares. Significant gold producers nearby include the Fuke and Ohkuchi mines located respectively 1.5 and 4 kilometers west and south of the project, Figure 1. No historic production is recorded at Tobaru but the project applications enclose a large area of alteration hosted in andesite-rhyolite volcanics. The alteration zone is centered on a northeast oriented 1,500 by 700 meter zone of silicification and quartz veining which includes pockets of advanced argillic alteration. The core silicified zone is enveloped by argillic and propylitic alteration outwards, and controlled dominantly by steeply dipping fractures4. Hamilton (1993)4 in a study of the Tobaru area references a single drill hole located outside the southern margin of the main alteration zone, no other public data on drilling has been sourced to date.  The location of the Tobaru alteration zone within the district makes it a compelling target for further exploration and drill testing.

The Ohra-Takamine Project comprises five application blocks for a total of 1,681 hectares over the historic Takamine-Urushi, Takamine and Ohra mines. The project is located 7.5 kilometers south of the historic Yamagano mine which produced 900,000 ounces of gold at a grade of 17.4 g/t, Figure 1.

Like all of the major gold mines in the Hokusatsu-Kushikino mining district, the Ohra-Takamine project straddles the margin of a gravity-high feature inferred to indicate upward doming of the basement which produced suitable fracture pathways for hydrothermal fluid flow.

Initially discovered in 1885 and mined periodically to 1943 the Ohra mine produced in the order of 27,000 ounces of gold at grades reported between 3.5 to 20 g/t. The northeast striking vein is reported as 1,200m long with an average width of 0.9 meter5,6. Parallel laminated chalcedony boulders inferred to be sinter were noted in the drainages below the mine by Japan Gold geologists, indicating the mineralized system may not deeply eroded.

Takamine-Urushi mine was estimated to have produced 13,000 ounces of gold between 1896 and 1916. Three northeast striking gold-bearing quartz veins, with lengths up to 350m were mined, the so-called number 2 vein was reported to carry gold grades between 50 to 100 g/t5,6. Parallel laminated chalcedony boulders inferred to be sinter were also noted at this location, similarly indicating the vein systems are exposed at a high level.

The Metal Mining Agency of Japan (MMAJ) conducted regional and more detailed studies over the Ohra-Takamine area between 1983 and 1989, six drill holes were completed as part of this work. Drill hole 60MAH-2 located to the east of the Takamine-Urushi mine intersected two 10 centimeter wide quartz veins with respective gold grades of 12.3 and 13.3 g/t, 100 meters below the deepest mine workings, and approximately 245 meters vertically below surface7.

Due to the high prospectivity of the district and the level of modern exploration completed on these prospects, Japan Gold believes these areas are worthy of more detailed exploration. The Company will seek to define the limits of the alteration around these vein systems by building on the existing data with detailed surface mapping, geochemical-sampling and geophysics to target new zones and extensions to known veins for scout drill testing.

Japan Gold Corp. is a Canadian mineral exploration company focused solely on gold and copper-gold exploration in Japan. The Company has applied for 210 prospecting rights licenses in Japan for a combined area of 69,505 hectares over seventeen separate projects. Thirty-two of the applications have been granted as Prospecting Rights. The applications cover areas with known gold occurrences and a history of mining, and are prospective for both high-grade epithermal gold mineralization and gold-bearing lithocaps, which could indicate the presence of porphyry mineralization. Japan Gold’s leadership team has decades of resource industry and business experience, and the Company has recruited geologists and technical advisors with experience exploring and operating in Japan. More information is available at www.japangold.com or by email at This email address is being protected from spambots. You need JavaScript enabled to view it.. 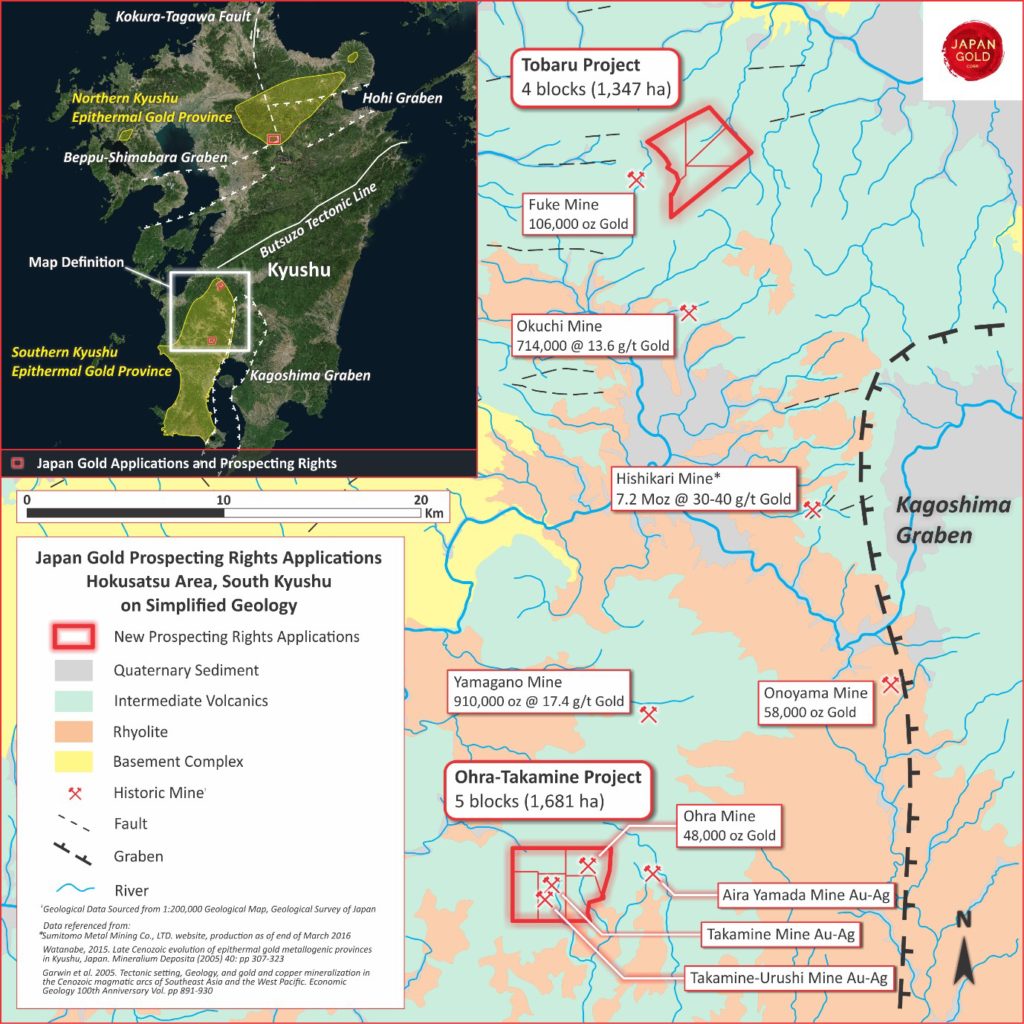 Figure 1. The Tobaru and Ohra-Takamine Projects (showing the northern portion of the district, project locations and significant mines)