The Tertiary volcanic arc terrains of Japan host more than seventy significant historic producing gold mines, including five greater than 1 million-plus-ounce gold deposits. This includes one of the world’s highest-grade gold mines, the Hishikari mine on the island of Kyushu. The Hishikari mine produced 7.9 million ounces of gold between 1985-2020 at an average grade of 30-40 g/t Au 1 and is still producing today.

Despite being a first-world country with a rich history of gold mining, there has been very little gold exploration in Japan since World War II when gold mining was suspended due to a government moratorium on gold mining at that time. When the Japan Mining Act was amended in 2012 for the first time allowing foreign mineral companies the ability to hold exploration and mining permits, Japan Gold was the first company to seize this opportunity.

Japan Gold completed an extensive review of the Metal Mining Agency of Japan database, which includes detailed and relevant information about historical drilling results and mine production. Based on a desktop review of historical gold production and Japan’s extensive geoscientific database, Japan Gold pinpointed areas of interest from an epithermal gold prospectivity perspective.

Epithermal Projects: The projects in Hokkaido, Honshu and Kyushu, cover areas with historic gold production, and are prospective for high-grade epithermal gold mineralization.

Lithocap Project: One lithocap project in Kyushu is prospective for gold-rich porphyry intrusives. 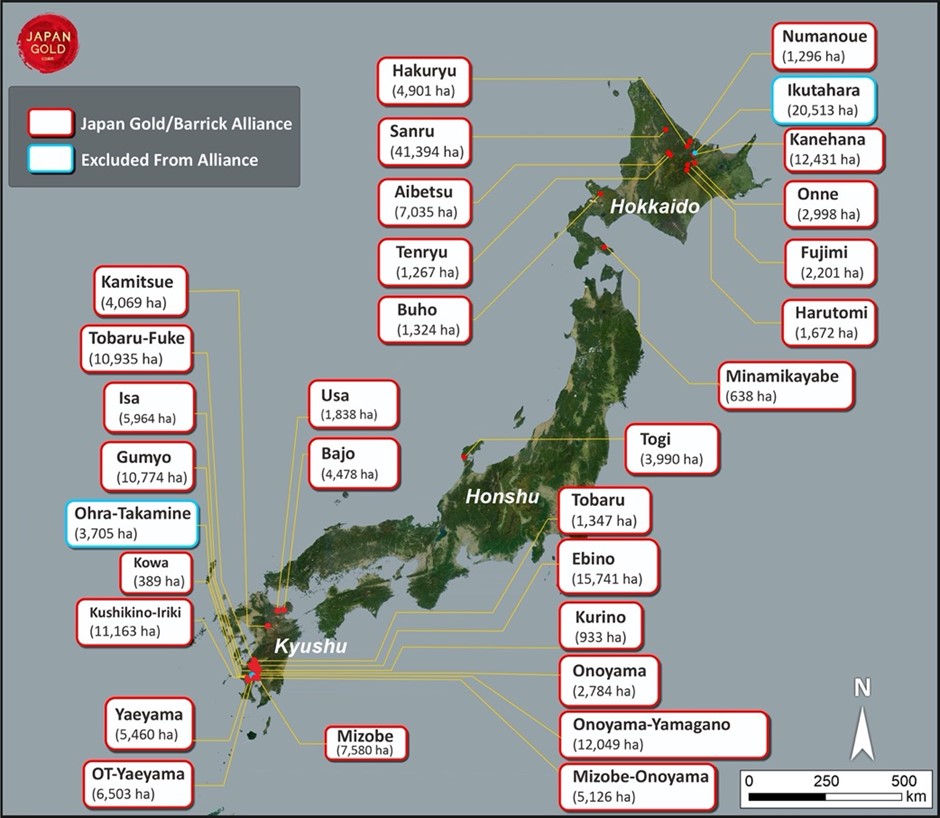